Finding strength amid frustration: A caregiver’s perspective of heart failure 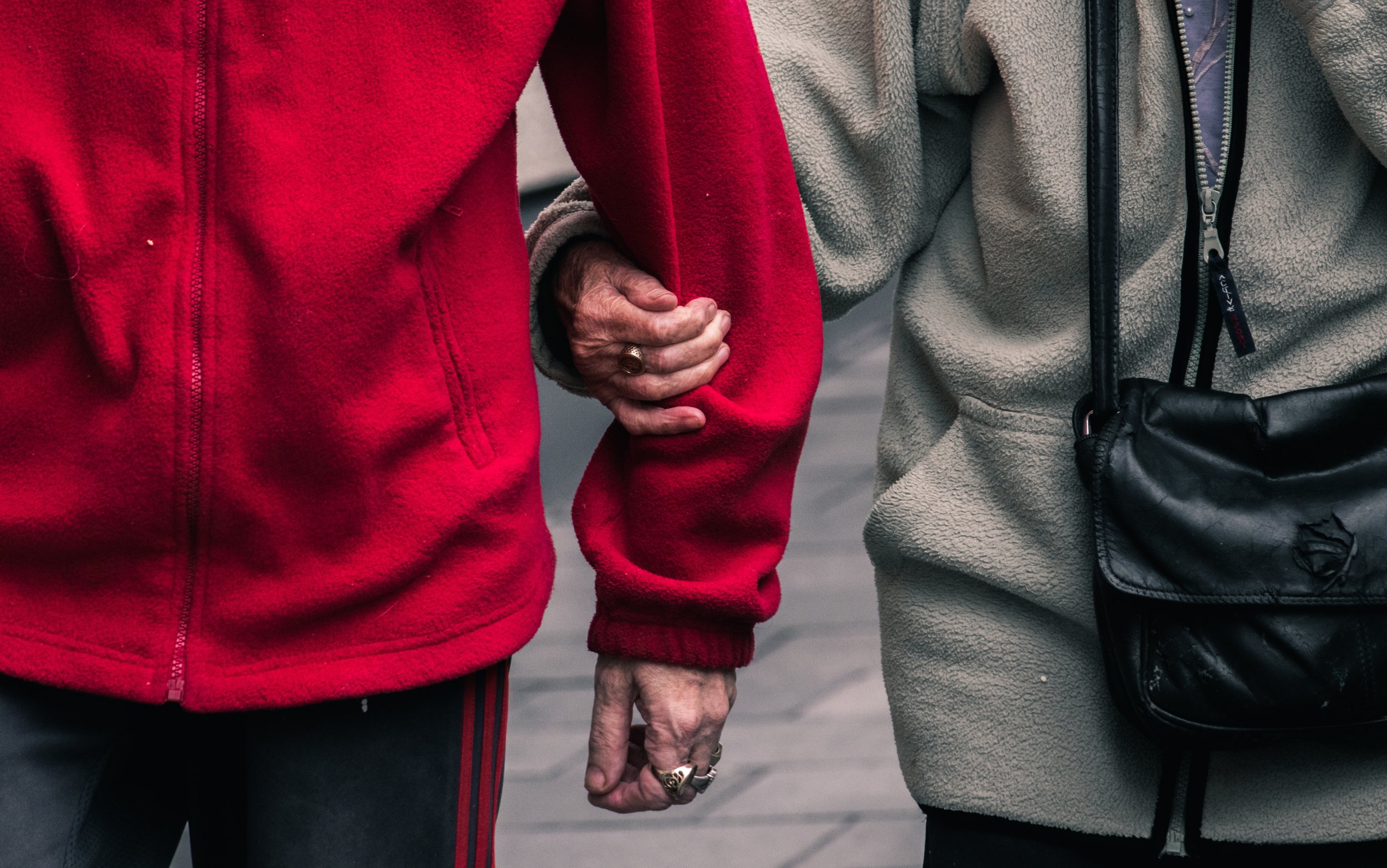 One million Canadians have heart failure, the most rapidly rising cardiovascular disease in Canada, as reported by the Ted Rogers Centre for Heart Research. That’s one million people who have been diagnosed with an illness, for which in 2018, there is no cure.

Frequent hospital appointments, daily medication, monitoring your diet, and taking extra precautions when travelling, suddenly become part of your life. Because of this, heart failure patients often require assistance from a caregiver; a spouse, family member, or friend.

Having the support of a caregiver can contribute to a heart failure patient’s own self-care. “The availability of a spouse or other family relative is likely to be of benefit to the CHF patient in improving overall quality of life of the patient and in assisting the medical management of the condition,” according to a review of Family caregiving and congestive heart failure written by Gerard J. Molloy, Derek W. Johnston, and Miles D. Witham.

However, caregiving can often cause frustration and emotional distress for family members and friends of an individual living with heart failure. Yet this is something you don’t often hear about. We spoke with three caregivers across Canada to hear their perspectives of supporting a loved one with heart failure.

Erin Cherban’s husband has dilated cardiomyopathy and she notes how it all began nine years ago when he was experiencing shortness of breath, stomach pain, and tiredness. Their older son was one-year-old at the time, and she had just returned to work from maternity leave.

During their first appointment, Erin and her husband were told that he was only expected to live two years unless he got a heart transplant (which they were told was next to impossible). Thankfully, after changing to another cardiologist, the couple discovered that the initial diagnosis was not the only path forward.

Erin explains how the heart failure journey has changed their relationship. “Initially, for me, the biggest hurdle was trying to come to terms with potentially being a widow with a young child before I had even turned 40. It’s frustrating to feel helpless both for your partner and yourself.”

“It took us a few years to learn how to cope with the changes as he had to slow down and look after his health. Meanwhile, I panicked and looked for a new position that would give me the ability to financially support my entire family if necessary. After emerging through ‘survival mode’ as a couple, I think the experience made us much closer.”

Nevertheless, Erin explains that there are elements of heart failure support which could be improved. “The support around heart failure is primarily geared toward elderly people. It’s an odd experience trying to juggle child-care needs with medical appointments and work.”

“I know ‘patient navigators’ are becoming popular in hospitals back East, I think this would help in BC. I’m lucky that I work at St. Paul’s Hospital and have a good understanding of our healthcare system, but at times I had difficulty comprehending what we were being told at appointments and then understanding the long-term impact for my husband and our family. It would be helpful to have someone – a navigator/social worker/peer mentor – to talk with at times.”

Erin stresses that it’s important not to fall into a cycle of feeling hopeless. “Each individual person’s journey is different, and we are lucky to live in an era with new advances. You need to take the journey one day at a time and not worry about the future, just concentrate on navigating the present. Make sure you create opportunities for fun and laughter for both of you and your family. Accept help when you need it from any source,” Erin added.

Lyndall McCormack – Caregiver to her husband

“I am a caregiver to Rick, my husband of 36 years,” said Lyndall McCormack. In late 2010, Rick’s congestive heart failure was diagnosed in the ER of St. Paul’s Hospital, although he had been treated by a cardiologist for five years prior to this.

“Many of the doctors had given up on Rick, with one suggesting he get his affairs in order as there was nothing more they could do. It was a chance meeting with Dr. Toma who actually gave us hope by listening to our story and wondering out loud why the transplant team wasn’t notified. He put us on a more positive path.”

Lyndall describes Rick’s heart failure diagnosis as frightening for both of them. “We were both scared of the chance of stroke more than anything during the surgery. With all this uncertainty we were on a roller coaster of emotion but our relationship was pretty much strong and intact.”

After surgery, Rick’s body didn’t respond well and he spent three months in the cardiac ward.  Several times before and after the surgery, Rick had four incidences of ‘code blue’. Lyndall told us how she even observed him ‘die’ and called for help. “Mercifully he was saved but the aftermath of these incidences was that his larynx was injured which resulted him being put a liquid diet and developed sepsis in the heart incision.”

“It was a time where I learned to adopt a ‘whatever’ attitude in respond to feeling so powerless.” Lyndall relayed how her life became one of hospital visitations, consultation/advocacy with the doctors, reporting Rick’s condition to family and friends, work, sleeping, and eating.

She found that waiting in the hospital for doctors to inform them of Rick’s condition was very frustrating as they often didn’t appear at the expected time. “Often Rick’s memory of what was said by the doctor was fuzzy probably because of the medication he was on and I felt left out of the loop at those times. Also, I found it particularly frustrating not to be included in the doctors’ rounds discussion with Rick.” Today, she feels that a parking concession for caregivers at hospitals would be helpful and lower stress.

“Being both a spouse and caregiver can get crazy because sometimes it’s not very clear which ‘hat’ you’re wearing at any one time. The patient is dealing with their own mortality, pain and fears and can be demanding waving you off because you are trying to help them (too much in their view), or demanding care and attention, such as dressing changes.”

“Their personality can change, and you may not be able to see the person you married. Our relationship was chaotic and confusing but like with any storm I held on to the aphorism that ‘this too shall pass’. For me, it was not until he [Rick] had recovered from his heart transplant that I began to see the person I married again. Luckily it didn’t take me too long before I fell back in love with him again,” Lyndall concluded.

Anonymous – Caregiver to her husband of 35 years

The final caregiver we spoke to wishes to remain anonymous. *Mrs. Bloggs’ husband suffered a heart attack during a trip away in November 2017.

“Unfortunately, his symptoms did not present themselves as typical heart attack and he thought he had food poisoning – as a result, we didn’t seek medical attention until the next day. By that time, his heart muscle had been damaged. He received two stents in the US and an additional four more back in Canada. Even though we were told he had heart damage in November, we did not fully understand what heart failure meant until a nurse from the cardiac clinic explained it to us in late December,” she said.

In terms of the affect that heart failure has on their relationship, Mrs. Bloggs notes that there is sometimes an added element of sadness that wasn’t there before. “I feel his pain when he can’t easily do the things he used to be able to do like walk up a hill/stair or help family.”

Due to fluid/sodium restrictions, the couple don’t eat out as often, nor are they as spontaneous when it comes to socializing with people, especially with physical activities. “We have found that our plans need to be flexible as some days are better than others. More than anything else, I am profoundly thankful and grateful that he is still here.”

As a caregiver, Mrs. Bloggs finds it frustrating to be the ‘police’ in their relationship – reminding her husband about sodium/fluid/dietary restrictions and asking him to be mindful of how much he takes. “I hate being a ‘nag’ and sometimes decide I’m not going to be but then I see he deteriorates and so I go back to reminding him. I totally understand when he’s so sick and tired of seeing doctor after doctor, and it’s difficult for me to try and maintain a light and positive attitude in order to coax him into a better mood.”

“If there was a system of direct advocacy that could ease the load, that would make things easier.  By that, I mean if there was someone who could evaluate how he is doing on a weekly/bi-weekly basis and help with making recommendations/appointments.”

“I personally don’t like the term caregiver because I don’t feel like that is what I am.  My husband can take care of himself, but I am his support person, emotionally more than anything else. I sometimes need to be supported but can’t ask because this makes him feel bad. It’s difficult but rewarding to learn to treasure every moment and live fully in every moment.”

The name *Mrs. Bloggs was used solely for the purpose of this article.

IF YOU’RE LIVING WITH HEART FAILURE, OR SOMEONE YOU LOVE HAS THIS CHRONIC ILLNESS, CLICK HERE TO VISIT OUR CLOSED FACEBOOK SUPPORT GROUP AND JOIN THE CONVERSATION

Announcing the HeartLife Academy! Enroll now at: https://t.co/23Enqsn4yY for education by patients for patients .. with much more to come!

This week is Heart Failure Awareness Week in Europ

HeartLife is proud to be a member of the Global He

#HeartLife nation! Today we are announcing the My

Our Patient Charter of rights is a critical step f

Make your own ❤️ health a priority this #world

The HeartLife Foundation is a patient-driven chari