Heart failure is the most rapidly rising cardiovascular disease in Canada, according to the Ted Rogers Centre for Heart Research. There are approximately one million Canadians living with heart failure.

There’s a common misconception that those most likely to have heart failure are older. When in reality, heart failure affects people at every stage of life – from infants to retirees.

There’s no single cause for the chronic illness and it can occur as a result of heart attacks, high blood pressure, heart valve disease, congenital heart defects, obesity, diabetes, kidney disease, genetics, a cold virus, or as a side effect of medications used to treat cancer and other inflammatory diseases, according to research conducted by the Ted Rogers Centre for Heart Research from 2015 to 2017.

Today, we’re putting a spotlight on those directly affected by heart failure – the patients. We spoke with three inspiring individuals from different regions across Canada to hear their stories of when they first noticed symptoms, when they were diagnosed, and how they manage living with a chronic illness.

Each story and experience of heart failure is unique, and we hope that you take something from reading them collectively. Whether it’s a greater understanding of the disease, valuing your independence, or why it’s wise to take action when you’re feeling that something isn’t right. 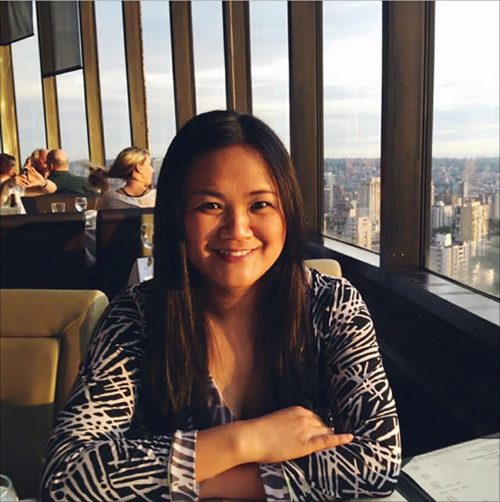 Towards the end of the summer in 2014, Vancouver resident Pegga de Albreit was experiencing flu-like symptoms. She was just 40 years old, and since she has seasonal asthma, two doctors dismissed her symptoms as nothing out of the ordinary.

Pegga told us how her heart issues were masked by many factors that women suffer from as she was menopausal and on an endometriosis diet at the time. She experienced symptoms like shortness of breath, severe fatigue, palpitations, perspiration, weight loss, coughing, racing heartbeats, dizziness, as well as a loss of appetite. Then, on November 29th, 2014 Pegga was diagnosed with heart failure.

“Heart failure is terrible. It affects my life badly in so many aspects,” said Pegga. In 2016, she had to get a hysterectomy because the anticoagulant she was taking made her bleed heavily. “I suffered excruciating pain that landed me in hospital almost every month during menses, I had to modify my lifestyle and activities.”

Exercise is limited to walking and swimming for Pegga as she can’t tolerate extreme heat and extreme cold, she has a hard time breathing, and feels tired easily. “I cannot get emotionally, physically, and psychologically stressed. I feel as if my heart is being squeezed, I feel dizzy, and have chest pain.” She notes how she got depressed, felt isolated, and lost her independence with heart failure.

“It is a sad life, especially because it is invisible, and a heart failure sufferer can look ‘fabulous’ because most of us have no physical evidence that we are sick. I don’t hang out with people I don’t know well because if I tell them I can’t keep up, they’ll look at me as if I am some kind of weird person or not cool company.”

To help manage living with heart failure, Pegga takes naps in between daily activities, limits her salt and fluid intake as recommended by her cardiologist, and maintains a Mediterranean pyramid concept diet. She listens to her body when it needs rest and thinks positively.

“I have a support group on Facebook that have heart failure and other heart conditions. I live one day at a time. I learned to focus on my abilities rather than my disabilities. I live in my own world, not driven by consumerism; I am minimalist that brings me joy to live with less,” added Pegga. 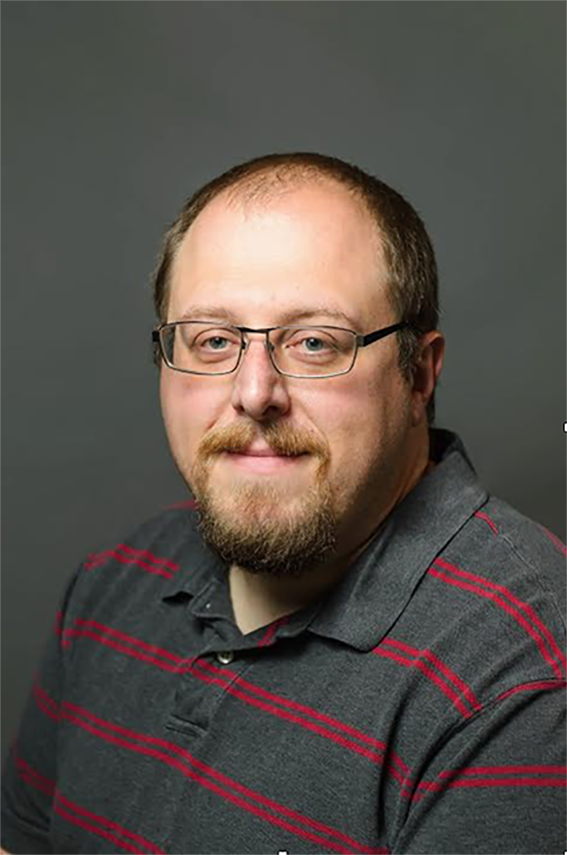 At just 28 years old, Ontario-based Kevin Powers began to experience raspy breathing when he was laying down, as well as constantly feeling tired, as though he wasn’t sleeping enough. When he sought medical help, he was initially misdiagnosed with having asthma and given an inhaler to help with his breathing.

After just one month, he was admitted back to hospital with suspicion of pneumonia. “The doctor on staff wasn’t happy and I was sent for a CT scan and echo cardiogram. That’s when the fluid was discovered around my heart. The cardiologist saw me two days later,” stated Kevin.

On November 2nd, 2006 the first day that Kevin had seen a cardiologist, he was diagnosed with heart failure. This is a moment he can still remember clearly. Fast-forward to 2018 and Kevin finds that in many ways, he’s not limited in living with heart failure.

“My EF is at 35% and I now have an ICD (implanted cardioverter defibrillator). I find stairs are still a little rough on me, if I’m going more than a floor at a time.” EF stands for Ejection Fraction, which is a measure of how efficiently the heart is pumping blood. A normal ejection fraction is typically between 55 to 70%, according to the Canadian Heart Failure Network.

Kevin also notes that his three-year-old both helps him manage living with heart failure and allows him to notice his illness a lot more: “Keeping up with him tires me out the most.” Although he explained how he has had some low days, Kevin takes living with his illness one day at a time and has adopted several mottos.

These are some of the inspirational sayings that help lift him up; “do not go gentle into that good night”, “today is the last day of your life, so far”, “I’ve survived damn near everything.”

“It’s not a life sentence, and you can continue to live a full life with heart failure,” said Kevin. 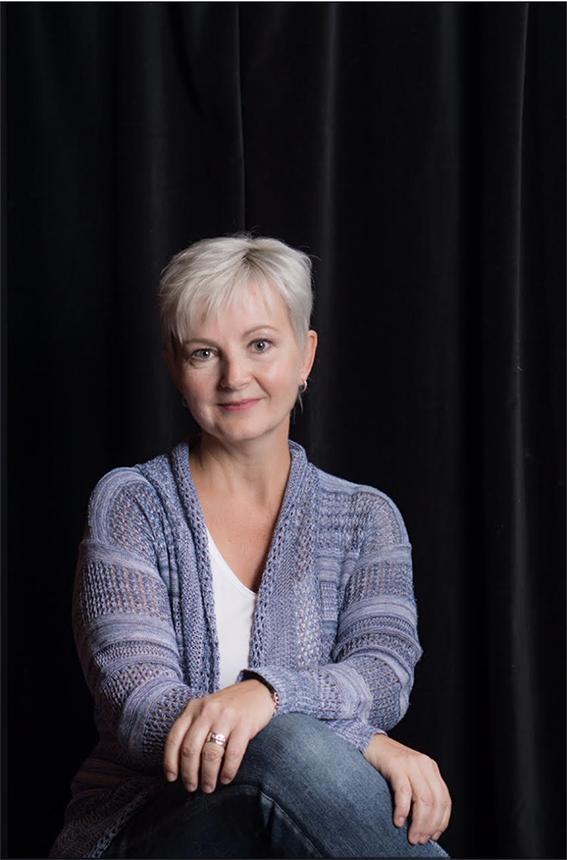 When Winnipeg resident Jarmila (Jackie) Ratz was 24 years old, she was diagnosed with non-Hodgkin lymphoma. She had a tumour in her chest that was putting pressure on 25% of her heart and it was six rounds of CHOP chemotherapy treatment over nine months, followed by daily radiation for 30 days, that got her through it.

Then, when Jackie was 45, she woke up one morning with what she thought was the flu, accompanied by brutal fatigue, shortness of breath, and fluid retention.

A couple of weeks later at her annual physical exam, an EKG (electrocardiogram – a test that checks heart function by measuring its electrical activity) revealed that she had suffered a cardiac event. This led to a cardiologist appointment and eventually her diagnosis of heart failure in 2016, when she was 48.

“When I was diagnosed with heart failure I did not have any symptoms that I was aware of, my diagnosis came as a surprise to me,” said Jackie.

She had fatigue and heart palpitations as part of her diagnosis with chemo-induced cardiomyopathy, but she had follow-ups for 10 years after the chemo and there were no indications that she had suffered any damaging effects to her heart. However, Jackie lost her fertility as a result of the chemotherapy treatments.

Heart failure has affected many areas of Jackie’s life. She has a Cardiac Resynchronization Therapy Defibrillator (CRT-D) that’s integral to her care as it sends electrical impulses to both lower chambers of her heart to help them beat together, in a more synchronized pattern. She can no longer work and has been on long-term disability since earlier this year. She notes how her chronic illness has aggravated her personal life, as she doesn’t have the capacity and energy to participate or host events like she used to. “It has affected the amount of travel my husband and I get to do,” she added.

Yet despite her illness, Jackie has discovered a passion for advocacy and has shifted her energy to trying to improve processes and systems for care in Manitoba.

We asked each of our interviewees what advice they would give to someone who is worried that they may be experiencing symptoms of heart failure. If that individual is you, these three perspectives may help you in taking the next step that could be crucial to your health.

Pegga: “See your GP, advocate for yourself; tell the doctor what your feelings are, describe symptoms exactly how they feel. Please do not rely on Google – it would never help you. Especially for women, we blame our discomforts to menopause, raising children, or ‘just being tired’. When you feel your heart is racing, get it investigated further. Please don’t ignore anything that relates to your heart, if I got treated earlier, my heart failure would not have been severe. I went on for months with arrhythmia (atrial fibrillation) and that caused cardiomyopathy, then heart failure. Now, I have so many of them that a different one keeps adding to my list.”

Kevin: “Get to a doctor, and don’t accept an in and out diagnoses. My first cardiologist told me that I was in such bad shape when he met me, that he honestly didn’t know what side of the sod I’d end up on. If I had been properly diagnosed earlier, I may not have had four months of disability, I may not have had four terrible months of not being able to sleep or to lay down. I may not have had to rely on absolutely everyone else to help me get basic things done. And something I’ve only recently come to admit, I may not have had that one night where I was so low, where I was ready to give up, that I thought about ending my own life. So, long story short, if you think you have anything wrong with your heart, please get it checked out.”

Jackie: “See your family doctor to discuss your symptoms as signs of general heart failure are also symptoms for other conditions. I would also suggest beginning to record your symptoms in a health diary, include your morning weight, and if you have a BP (blood pressure) machine, record your BP and HR (heart rate) in the morning, too.”

If you’re living with heart failure, or care for someone who is, visit our Facebook support group and join the conversation.

“After the third dose, the median percent virus neutralization was 71% in the mRNA-1273 group and 13% in the placebo group..”